ASSEMBLIES OF GOD
Give

The Power of Prison Prayer 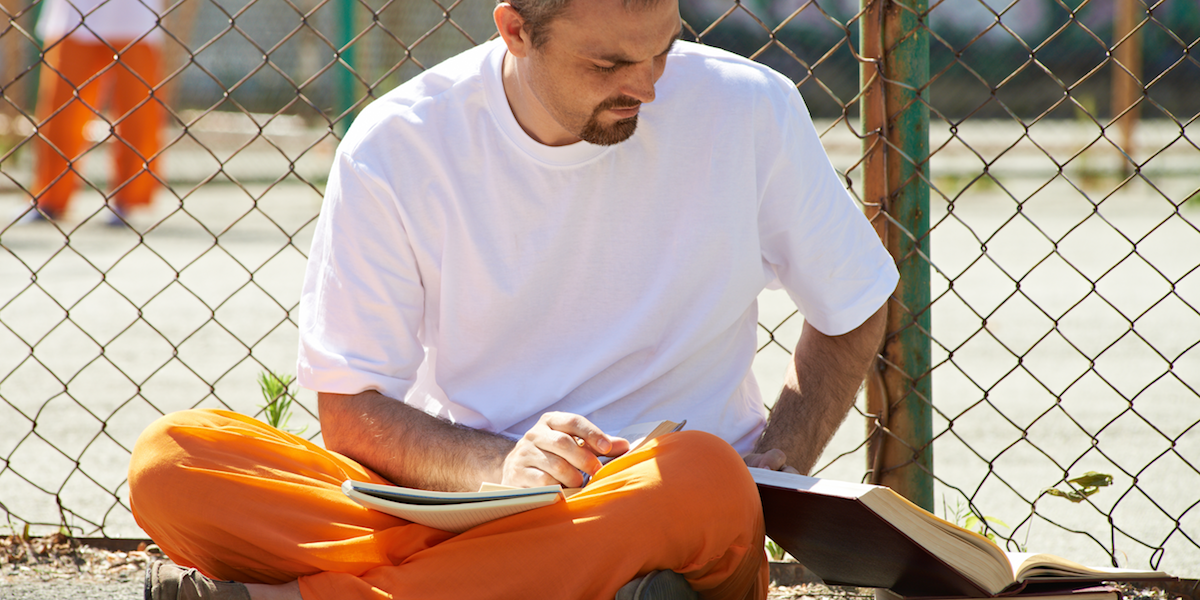 I was in a meeting in our state’s capital a little over a year ago.  The meeting was regarding placement of inmate seminary graduates from an “in-prison” undergraduate/graduate program.  One of the wardens in attendance mentioned the daily prayer that was happening in the units at their facility.  The warden’s story touched my heart and, in my mind, I thought, “I can do that!”  I sincerely believe God was in the thought and the Holy Spirit was giving me direction.

As I stepped out in faith, the first few times of prayer in the units were very interesting.   It takes something to close your eyes in what is considered a “bad” unit and pray when you are standing by yourself.  It took a few days to convince the inmates I was doing this on my own and not part just part of regular duties.  I didn’t have to do this.  During the first few days, one young man came and took my hand while I had my eyes closed praying.  Truthfully, that was a little unnerving and then he muttered something about wanting to feel the presence of God and I was able to continue.

Advance a year to March 6, 2020, because the situation has changed!  Today during my unit rounds, I saw several “miracles.”   These miracles will probably never be noted in this life, but hopefully in the life to come.  I went into one of the “Bad” units and started to pray and I noticed six or eight inmates in a circle about to do something.  I was wondering if they were about to pray and then I got invited to lead them in prayer.  I asked the organizer to go ahead.  Wow, when he prayed, I found myself weeping from the goodness and workings of God through Jesus Christ!

I have seen miracles in which I have seen officers joining hands with inmates when we pray.  When we go in some units, the officers announce prayer call even though we are in the unit on unofficial business.  I went into another unit and a young man was on the phone to someone and I heard him say it was time for prayer.  As I was busy getting the group together for the prayer, it took a few minutes to realize he had hung up the phone and joined our prayer circle!  I was amazed that prayer was more important than talking to a friend or loved one.

From all this, I have concluded several things from the past year of daily prayer at my correctional facility:

2)     Seeing prayer offered by the chaplain has opened the door for those to request prayer.  Inmates will come to me in the units with requests.  This is not unusual and may happen two or three times a day.  It has become “normal” for me to be asked to pray for those in segregation cells.

3)     At the very beginning of the prayer time, several came to feel the presence and peace of God as we offered corporate prayer.

4)     In short, prayer as described above has opened ministry opportunities, that in my mind, is nothing short of a miracle!

Please pray for us.  I do not know where this will lead, but I believe it is going to continue to be good!

Here some other positive results.  The major institutional violence has really gone down.  I do not have any specific statistics, but I KNOW the major problems has really tapered off.  I cannot put the only reason as the time of prayer in the housing units, but I can say the prayer time has really made a difference.

One way I can tell is the lack of security problems as evidence by the reduction of institutional radio traffic.  Another way is the way most of the correctional officers, even those who do not seem interested in spiritual things, embrace and welcome those coming into their unit for prayer.

Finally, there are noticeably less ambulances coming into the facility for the injured.  I have not heard of one in the last few weeks. I know things are not perfect, but they are much better AND I DEFINITELY SAY PRAISE THE LORD!!